How much can a panda bear?

Leaving Xi'an, we again took the overnight train to our next destination: Chengdu. With the combined purposes of broadening our train travelling experiences and alleviating our budget, we decided to take a hard sleeper class bed to Chengdu rather than the soft sleeper class bed. From this we added more weight to our theory that one in six people snore and that this class of ticket should be renamed 'concrete-class' as, like we've found with the rest of China, the beds were as hard as concrete.

Further to, or as a result of Bec's enormous childhood collection of bears, we arrived in Chengdu with the sole purpose of seeing some panda bears. Again, we wasted no time in getting ourselves on a bus and out to the Giant Panda Breeding and Research Station just outside of Chengdu. We took a day trip from our guesthouse which got us there before the tour bus hoards arrived and we spent a blissful hour watching the gorgeous and comical pandas go about their morning feeding activities. 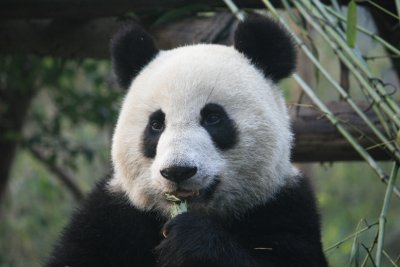 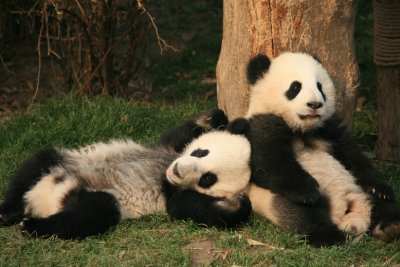 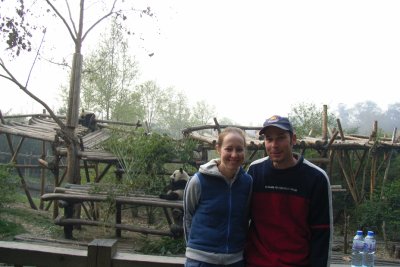 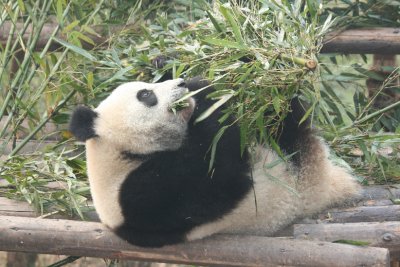 The poorer cousin to the black and white Giant Panda is the Red Panda. More like a fox or a cat, the Red Panda is not believed to be as endangered as its Giant Panda cousins, or as photogenic. A photo with a Giant Panda costs 1000 yuan (about AUD$250), while a photo with a Red Panda costs 100 yuan (about AUD$25). Alternatively, have your pic taken for free with the cardboard cut-out in front of the Red Panda enclosure!! Many of the Giant Pandas are sponsored by individuals and corporations. Most of them are named things like ZuZu or Ring Rong, except for the pair sponsored by Microsoft who are named Microsoft and Unlimited Potential. How much can a panda bear? 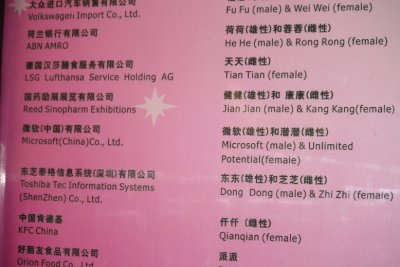 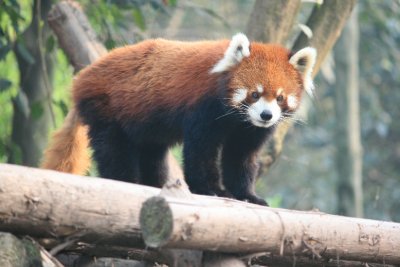 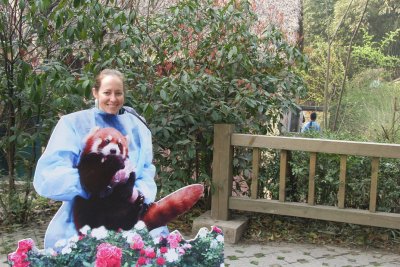 As close as Bec could get

Chengdu has other charms and we spent a week there just hanging around and enjoying the warmer weather. We sent another box of purchases home and did a bit more market shopping and temple-seeing.

Glenn went mountain bike riding through the peach blossom trees on the outskirts of town with an Irish guy he met on a riding forum. 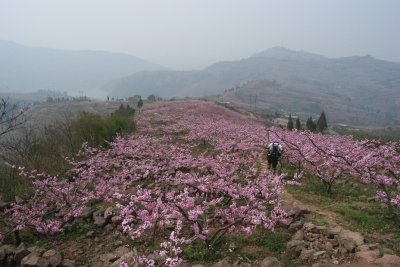 Riding through the peach blossom fields

We took a day trip out to Leshan to check out the Giant Buddha, supposedly the world's largest seated Buddha. He was quite spectacular, though making our way through the crowds down the mountainside staircase made us glad we weren't travelling in summer. 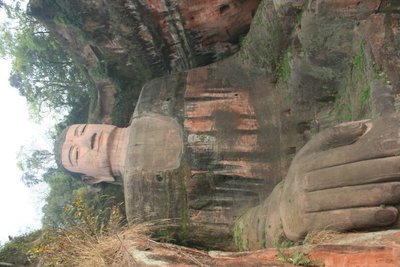 One thing we didn't do a lot of in Chengdu was eat. Sichuan food is incredibly hot and even though we thought we'd broken ourselves in in terms of spicy food, Chengdu was mega spicy and we found ourselves eating boring old fried rice or nothing at all!!

We're constantly amazed by the many modes of transport in China. The streets of Chengdu are one huge loading bay and it's not uncommon to see a man pushing two fridges up the road on his bike. 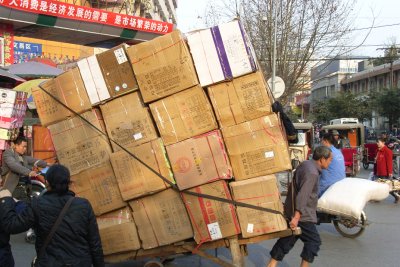 Posted by TDL 20:45 Archived in China

Previous Next Table of contents