We took another overnight sleeper train (again, better than some of the places we've stayed in) from Beijing to Xi'an and wasted no time in getting ourselves out to see the Terracotta Army. After the usual enforced lunch stop, we arrived at the site of the Terracotta Army which until 35 years ago was farmland. The story goes that the landowner and his men were digging a well when they discovered a large terracotta head which lead to the continuing excavation of what is so far more than 1000 life-size warriors. The landowner was paid 10 yuan for his land back in the 70s and he now spends his days sitting behind a sign that says 'No Photo' at the tourist information centre. Despite all this, we found the Terracotta Army experience to be a little....... underwhelming. Housed in huge sheds covering three massive dig pits, the army is in various stages of cracked and shattered excavated disarray. Give it another 35 years of excavation and rehab, the army will be truly spectacular. One of us, who shall hereby remain nameless (but not the one who thought that all wheat grew to shoulder height), was pleasantly surprised to find that the warriors were actually life-size rather than knee-height. 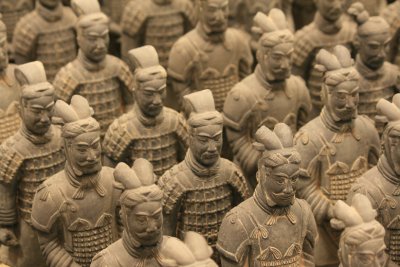 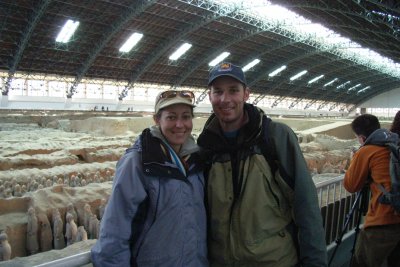 At the big pit 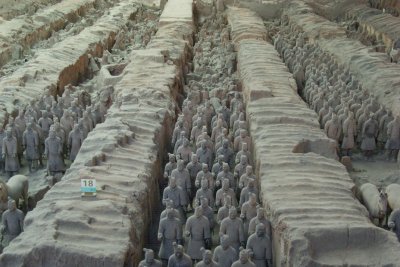 Looking over the big pit 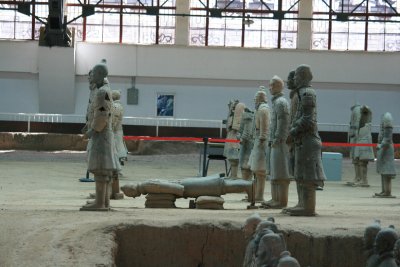 "Sod this. I've been standing here for thousands of years. Wake me up when something happens." 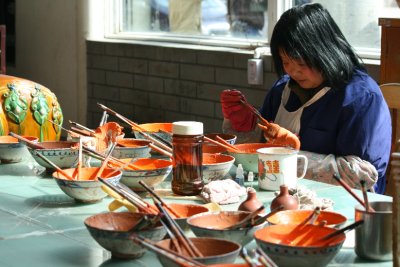 Adding the final touches to some clay lookalike warriors

We bought a couple of imposing, knee-height warriors to guard our front door on the assurance of our salesman that they were metal rather than clay.

Xi'an's old city is contained within its historical wall and we spent a day walking the 14km along the top of the city wall. It took 5 hours or so to walk but we enjoyed a new perspective on the city from ten metres above the hustle and bustle of the city. 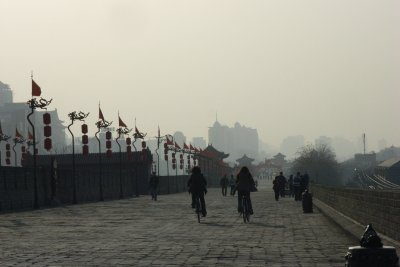 Xi'an's Big Goose Pagoda was lovely by night and set a nice scene for the city's sound, water and light show. 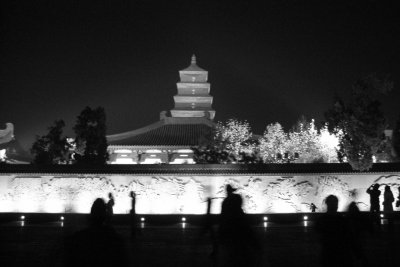 The Belltower was also nice, though somewhat disappointing in its lack of sizeable bell. 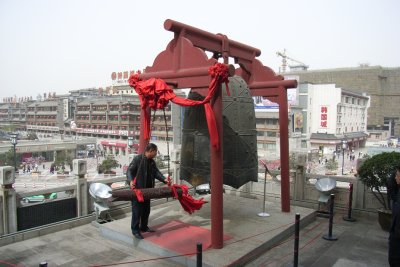 Not the original bell tower bell

Posted by TDL 01:58 Archived in China

Previous Next Table of contents